Rachel Williams (Gender, Women’s, & Sexuality Studies and Art & Art History) is writing and illustrating a graphic history of the Detroit riots of 1943, one of the largest race riots in U.S. history. She has relied on evidence, including newspaper articles and court hearings, from multiple archives. A set of NAACP affidavits in the UI’s Law Library provided a key source of inspiration for the work. Williams will present her work at the Archives Against Amnesia symposium at 4:00 on Saturday, March 3. (View schedule)

Also by Prof. Williams: The Red Magpie: Mary Turner and the Lynching Rampage

William Pretzer:
Segregation Through Freedom Exhibits: A Tour of the National Museum of African American History

AHA! In the Archives: John McKerley on Keokuk’s 1970 teacher’s strike 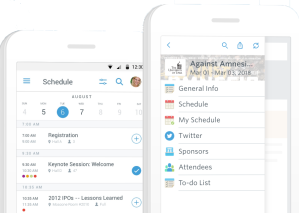 Browse the symposium schedule & maps, create your own schedule, & receive text reminders & updates. Just download the free Guidebook app from the iTunes App Store & search for "Against Amnesia"—or click the link above on your device.